What has changed Today ?

What has changed Today ?

What has changed Today?

One day after the UN’s International Day for the Elimination of Violence Against Women, what has changed? In 2018, 26432 complaints related to domestic violence were registered in Portugal. Since 1st of January 2019, 114 women have been killed in France – if the trend holds out, it means one women per day will die in France this year. Going back in time, in 2016, 1.2 million women and men reported experiences of domestic abuse in the UK. I could go on supplying facts and figures ad nauseam but let’s face it, we read and forget. We hear and forget. We see images on the TV of horrifying violence – domestic or otherwise – and we forget.

Lesson n° 3, refusing to attribute the word “victim” to yet another name or a face is key.

If there is one point to be highlighted in the closing speech delivered at the Grenelle-des-Violences Conjugales yesterday in Paris by Édouard Philippe, the French PM, it is when he asked that the term “ Violence” receive a clearer and more extensive definition in European Law. The objective, he added, is to punish anybody who inflicts “such treatment on another person that he or she is forced to commit suicide”.

Strong stuff coming from the French PM – tough task for our modern-day society and judiciary. We all know that a being can go on living for years, damaged-dead.

But there is hope.

When I was a little girl, there was an American comic strip called the Flintstones : a typical middle-class American family living in the Stone Age. Hanaha. Fred, Wilma, Baby Peebles and their pet dinosaur. Their friends Barney and Betty, childless. Fred and Barney would go out and do what men did in those days and Wilma and Betty would stay home, run the house, have children and welcome their men home, looking sweet and sexy. But I remember perfectly well seeing Fred – in the comic strip – pull Wilma by her raggedy chignon across the cave floor (yes, the house was a cave in those days) and outside into the wilderness. Why ? To do what? I wondered as a child. And the adults around me found these cartoons hilarious!

So yes, society is trying to move forward in many countries and sanction abuse in its polymorphous appearance borne out in the reality of our every-day lives. But the task is mammoth. If I dared write in lesson n° 3, that nobody should be allowed to attach the word “victim” to yet another name or face (a paraphrase of Edouard Philippe’s speech), I hasten to add that we – especially we – do not have the right to do so to ourselves. We have to be able to fight back and stay alive to fight for ourselves and others but the forces – both physical and psychological – pitched in battle when abuse is the strong undercurrent at work in an dysfunctional relationship – are so often unevenly distributed.

Activity Alliance is the name of a Charity for the disabled in the UK, their slogan: Together we will … get stronger. Yes – together, actively aware, refusing to be victims a day longer, we will be stronger – yes, stronger – together. 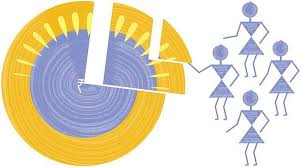